A lot of people think that animation equals cartoons for children. They could not be more wrong! An absolute proof of that is Animocje – a film festival focused on animated cinema that is ambitious and searches for its own artistic expression forms.

Our programme priority is to present daring, surprising and innovative solutions, outstanding applications of a traditional techniques and interesting subjects that can evoke a variety of emotions.

Thanks to the international competition, Animocje provides an opportunity to get to know the latest film productions from all over the world. Special screenings of feature animated films and thematic presentations of shorts allow our audience to discover animation innew contexts.

We also pay attention to the connections between animation and other arts, such as music, video games, visual arts and acting. Since 2014, we have been the only Polish festival awarding the Dubbing Achievement Award to the masters of animated film dubbing.

However, who we care most about are our viewers. We want to show you the best films and present the unlimited possibilities of animation. We also give the participants of Animocje a chance to explore the practical dimension of this field of art. We organize workshops and meetings with artists, and other forms that bring the world of animation closer and make it possible to look at it from a different angle than from in front of the screen.

Every year during the festival, Polish and local film premieres take place and since the first edition, we have hosted many notable figures of the industry, such as Mariusz Wilczyński, Jerzy Armata, Nina Paley, Marc Riba and Anna Solanas, Marek Skrobecki, Monika Kuczyniecka, Jan Balej and Michael Carrington, Marta Pajek, Wiola Sowa, Kajetan Obarski, and many more.

Animocje is not only a festival taking place in spring. We titled our year-round activity Animocje365. Under this name, we organize Little Animocje – film screenings for kids, and Animocje presents – addressed to adults. 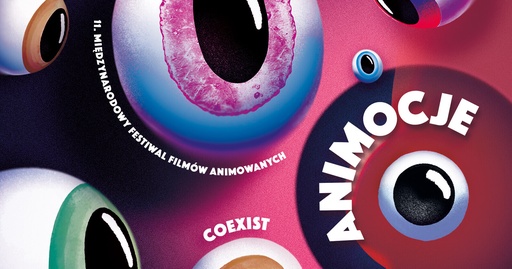